No one likes to hear it. We’re terrible at productivity. We weren’t designed to work for 8 hours a day, so even for the most successful entrepreneurs, it’s a constant battle. Is it possible to get everything done and still be happy and healthy?
5 minute read
Total
0
Shares
0
0

It was also the year Tim Ferriss, then just 29, published the 4 Hour Work Week.

It was truly Silicon Valley’s heyday. Facebook was expanding out of universities, the dotcom bubble was rising, and devs, coders, hackers, engineers were the coolest kids on the block. It wasn’t just accepted to substitute americanos for actual sleep, it was praised. There was a valourization of hard graft and late nights not seen since Ford’s fifties.

Tim Ferriss faced a tough crowd. In those days, anything was possible. The “work hard and you’ll get rich” rhetoric was not just widely believed, but thanks to a blossoming property market, exploding tech market, and healthy inflation rate, it was often true.

Ferriss took the bold step of telling bulldog bankers and Bay Area tech bros their working culture was unsustainable, they’d burn out, and they should quit while they were ahead.

At the pre-GFC time of writing, Ferriss had no idea how right he would be.

Ferriss’ gospel was not just about the time-shaving and productivity hacks tech people, entreps, and desk workers the world over took a shine to. It was a radical rejection of 2000s working culture. It was almost prophetic in its call for remote working, future planning, and mental self care.

If Achilles was a founder

It’s not a cut in the heel, but a dogged devotion to working hard that fells promising founders. We’ve looked athttps://knowhow.skalata.co/brain-game/startups-and-sleep-part-3-the-startups-solving-the-sleep-problem/ the dramatic impact grind culture can have on mental health, relationships, and ultimate success. When you’re constantly working on your business, you’re not present in it. We’ve also talked about how the crushing pressure of both private and public investment can lead us down a dark path.

A literal 4-hour work week is probably not possible for any founder – at least not until you’ve built up, perfected, and then outsourced every inch of your operation and can oversee things from the Bahamas.

But is a good old fashioned 40 hour week possible? What about a 4 hour day?

Speak your own language

Most of us fit into certain archetypes. Many of us don’t even realise it. If we carve out time to self-evaluate, it might save us hours in the long run.

You’re a realist, preferring to think critically and empirically. You work quickly and are comfortable processing complex data and information. Your laser-like focus, however, means you’re often powering through projects without a break then “coming to” when the sun’s gone down with an untouched and very cold cup of coffee at your elbow.

Leverage your strengths: You’re the person for getting things done quickly and right in the immediate moment. Others on your team can balance you by taking a longer view on the future.

You base your entire working (and possibly personal) life around list-making. You probably have several project management and calendar apps. You work methodically and sequentially, rarely running out of time because your time is so well accounted for. You rarely miss a deadline and you’d have to be hit by a bus to run late for a meeting.

Leverage your strengths: Planner types tend to have issues with control. As founders, Planners should widen their capabilities by practising delegation. You can’t do everything all at once, nor should you need to.

You’re a people person who’s excellent at both supporting and delegating to others. You think emotionally and make decisions intuitively. You’re agile and strong at adapting to rapidly changing situations. You’re likely to be creative and expressive. Your strengths lie with relationship building, selling, and inspiring.

Leverage your strengths: Arrangers are wasted behind the scenes, and struggle to be productive alone/without others to bounce off of. Lean on others for ideation and detail execution, and utilise your time in highly front-facing, communicative roles.

You prefer holistic, intuitive, synthesised thinking. In other words, you’re good at seeing the big picture, long term views. As such, you’re good at spotting threats, reading trends, and instigating change. A visualizer’s main weakness is often where the devil is – the details.

Leverage your strengths: You’re the perfect counterpart to the Prioritizer. You bring the 5-year plan, they’ll bring the day-to-day.

The biggest mistake time-pressed people make is believing in multitasking.

The American Psychological Association found that repeatedly switching gears from one task to another costs as much as 40% of our productivity time in the long run.

The switching itself can take just 10ths of a second. It’s the mental lag that comes from changing between processes that makes us much poorer across multiple simultaneous tasks. It’s not the switching that’s the problem – it’s the switching back and forth.

You might not think you’re guilty of this. But if you leave your phone face up on your desk, you’re multitasking everytime it lights up. Same with open door policies or coworking environments – every distraction demands you shift gears.

A direct casualty of this is lack of completion satisfaction. Dopamine is the “mission accomplished” neurotransmitter. We get happy chemicals when we complete a task. A list of unfinished to-dos can impact our mood in a very real way.

There are some more general ways we can all get more out of less time.

A mixture of these methods at different stages of work can genuinely revolutionise your work day. Task bundling and blocking are especially helpful in planning stages. Pomodoros help you execute.

It’s a very different world to 2007. Through bitter trial and error, corporate humanity has realised that it’s not worth sacrificing our wellbeing for our work.

By far the biggest hurdle is getting over the mental block of admitting we need to change. Of taking the time to implement new methods when time feels so scarce. Our instinct is always to white-knuckle it – to power through the pressure with the same old ways. And it’s almost always wrong.

Why not get extra meta and task block a time slot to task block? 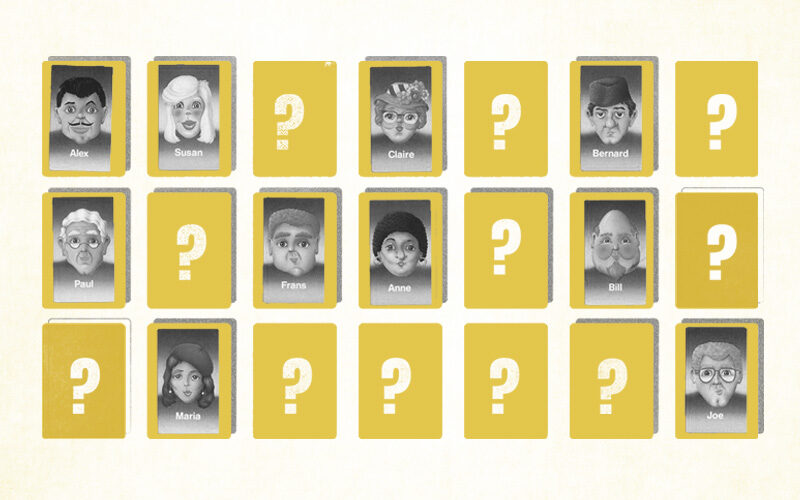 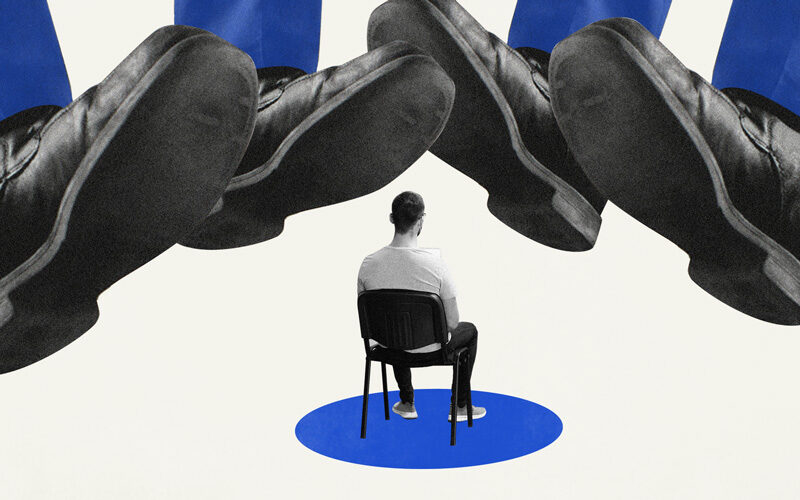 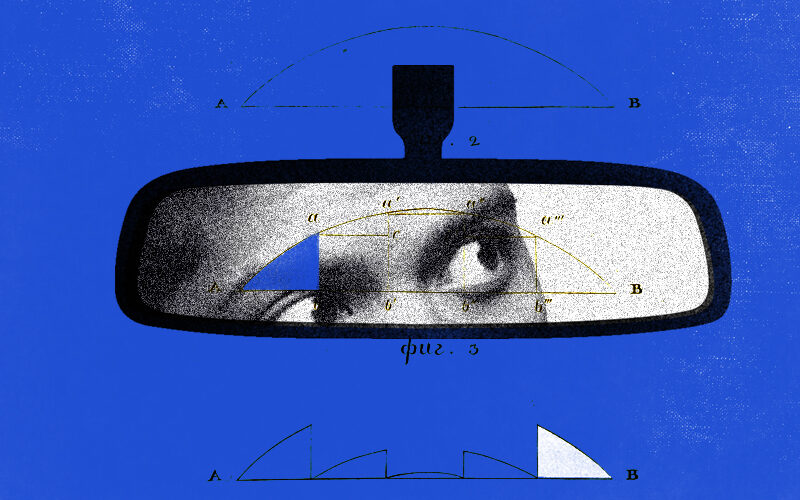 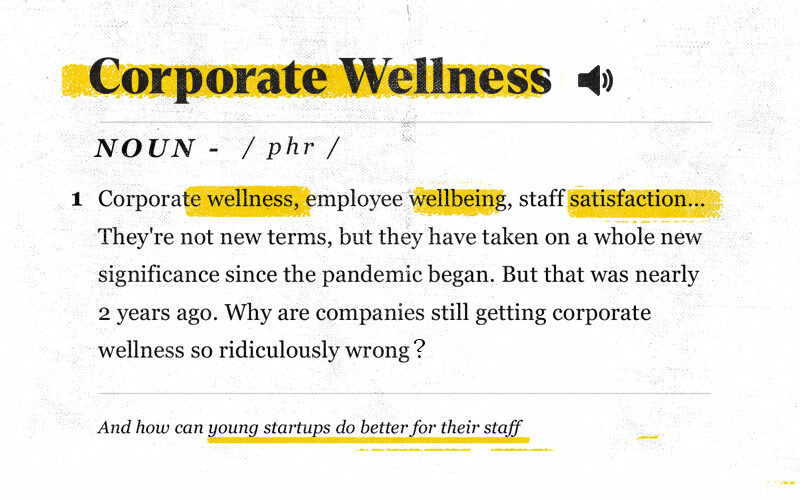 Corporate wellness, employee wellbeing, staff satisfaction… They're not new terms, but they have taken on a whole new...